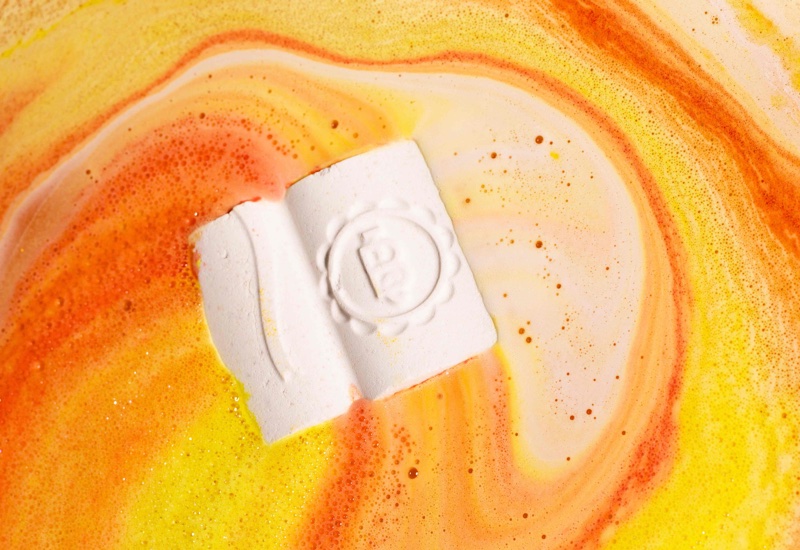 Lush has signalled its support of The Black Curriculum’s #TBH365 campaign with a new limited-edition product and shop window displays.

The #TBH365 campaign embodies the slogan ‘back history is British history’ and aims to highlight the lack of black history taught in schools in the UK.

While, in March this year, it was announced that black history lessons are to be made mandatory in Welsh schools, there is, at present, no such mandate for the rest of the UK.

The ‘360’ in the campaign reflects that black British history is more than just a theme for October (when Black History Month takes place) and should be part of the national curriculum 365 days a year.

Shaped like a book debossed with The Black Curriculum logo, the bath bomb is said to leave a trail of shimmering gold and warm pink hues in the bath while emitting floral and vanilla notes.

The Black Curriculum notes that the current UK national curriculum omits the contribution of black British history in favour of a dominant white, Eurocentric curriculum that doesn’t reflect the UK’s multi-ethnic and diverse society.

It also observes that what is currently taught in schools disassociates Britain from a legacy of oppression in favour of a romanticised legacy.

As such, The Black Curriculum runs a variety of virtual and in-person programmes to schools, young people and corporations; it also develops free and licensable resources for schools to teach students about black history.

Lush Wimbledon Manager Nadia Monezero, who initiated conversations with The Black Curriculum with Lush Guildford manager Angelica Abella, commened: “We knew we wanted to support a group tackling the root cause of racism in the UK and agreed that education was the way forward, due to our own lack of black history that we received in school, most of which we taught ourselves or by our parents.

“The Black Curriculum is an organisation run by young, gifted black individuals who went through the same education system as us looking to change it! We had to get involved. It’s not about giving a voice to the voiceless, for me it’s about amplifying their message.”