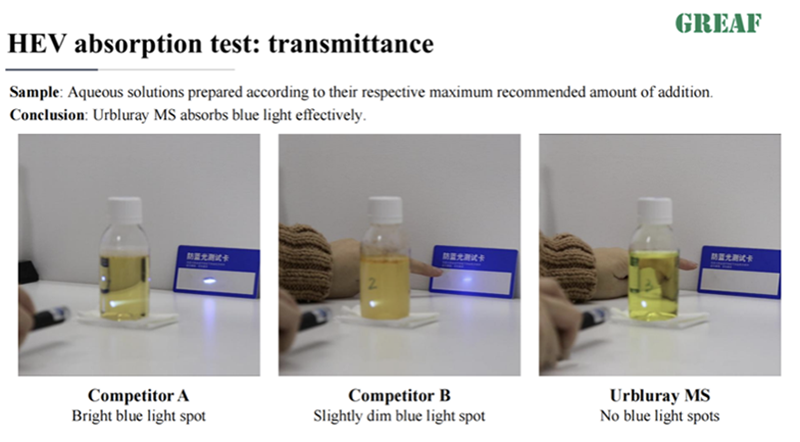 As we all know, UVB and UVA are the two killers of skin, but we may not know another killer, the blue light.

The energy of blue light is higher than that of visible light, and the penetrating power is stronger than that of ultraviolet light. It can penetrate skin tissue and reach the dermis.

GREAF gets the inspiration for anti-blue light in the area closest to the sun, Tibet.

Medicago Sativa can survive in high-altitude areas, bringing huge economic and ecological benefits to local Tibetans, so it is called "Magical Grass" by local people.

After many tests, the results show that Urbluray MS has the most significant effect of absorbing blue light, and blue light can hardly reach the blue light test card through Urbluray MS.

In the clinical trial, the subject's arm is first illuminated with blue light for 7min, then the sample is applied, and absorbed for 5-10min.

After this, the subject is illuminated with blue light again, and the change rate between the Urbluray MS sample group and the model group is observed by taking a photo with VISIA.

It can be seen that when the concentration of Urbluray MS is 0.5%-5%, it can significantly reduce the damage of the skin by blue light exposure. 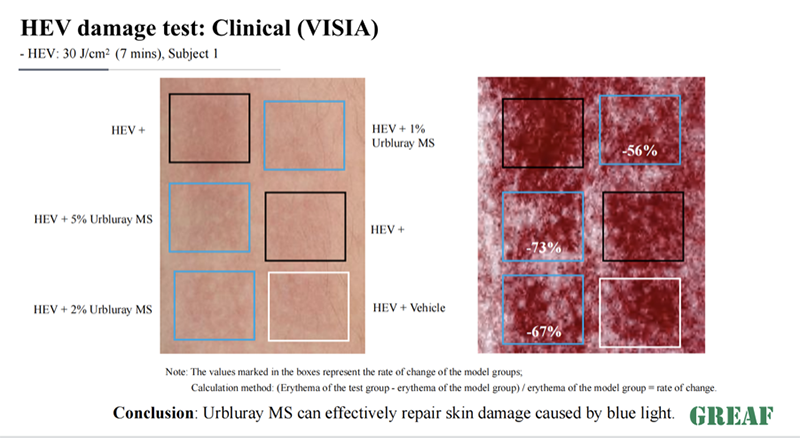 In addition, Urbluray MS also obtained an invention patent certificate and won the Fountain Award at the PCHi Summit 2021.

If there is nowhere to avoid blue light, let Urbany MS fight blue light for you, isolate light damage, and rejuvenate your skin.