Works with Water has provided contestants on the show with its products help: clear skin and help: clear skin MEN. The models have incorporated the supplements into their daily routines for the contest. The brand is launching its skin care supplements into the Chinese market at the same time, hoping to tap into the country's Rmb 131.4bn skin care market.

The products will be available through the Royal Mail's shopfront on the retail website TMall. The site provides Chinese consumers with access to British-branded products. Chinese consumers are the biggest online consumers of British brands outside of the UK and the world's largest base of internet users. Chinese marketing and logistics specialist Avenue 51 is assisting the brand with the launch. 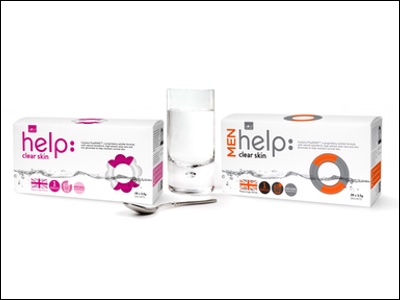 China's Next Top Model has an audience of more than 400m through web streaming channels LeTV and ChongQuingTV. Explaining the partnership choice, Jules Birch, founder of Works with Water Nutraceuticals, said: "We believe China's Next Top Model is the perfect platform for launching the full range of Works with Water products in China. We already know from the response we have had from the Chinese community in Britain that nutraceuticals are popular with those wanting to prevent bad skin and that people are willing to invest in preventative measures on a regular basis."

Celebrity judges on this season of the show include fashion model and actress Lynn Hung (Xiong Dailin), male model Sean Zhang (Zhang Liang) and stylist Lucia Liu (Liu Lu). The series is being filmed in Shanghai and Chongqing with a season finale hosted in London, UK.