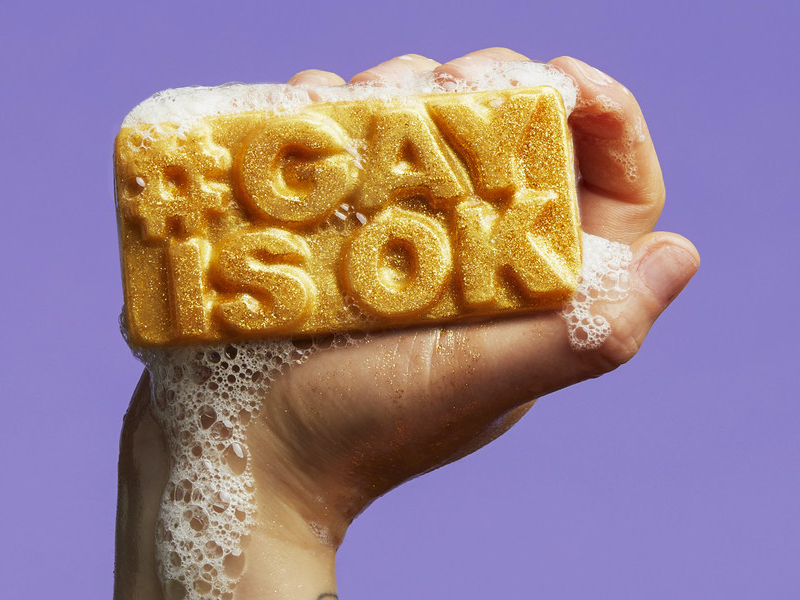 For nearly 30 years, the bath and body care brand has advocated against controversial practices and legislation including undercover police officers, drone assassinations and anti-LGBT+ laws.

Available only to consumers in the US via lush.com, or via Florida stores, sales of the Gay is Ok soap will be donated to civil rights organisation Equality Florida's to support those impacted by the new legislation.

Lush first launched its Gay is Ok campaign in 2015 to advocate for gay rights around the world.

But the new launch is campaigning against a controversial new law that bans teachers in Florida from giving lessons on sexual orientation and gender identity to children under the age of nine.

"We believe the state has a responsibility to provide a safe and inclusive learning environment for all children and the Don't Say Gay legislation does just the opposite," said Carleen Pickard, Ethical Campaigner at Lush Cosmetics.

"At a time when youth need our support the most, they and those that love them are being targeted. We are proud to stand with Equality Florida's work to support the queer community at this critical and uncertain time."

However, the launch has divided opinion on social media with some users urging Lush to expand the product outside of the US, while others claim Lush is spreading misinformation.

"This toxic climate will make schools less safe for the youth that need our support most.

"It is vital that the businesses that uplift values of diversity and inclusion speak up at a time when their employees, customers and the broader community are under attack.

"Each of us is called to the fight to ensure every student is protected and every family is respected."