Johnson & Johnson names Joaquin Duato Chairman of the board

CEO Duato succeeds Alex Gorsky, who steps down after 30 years at the company 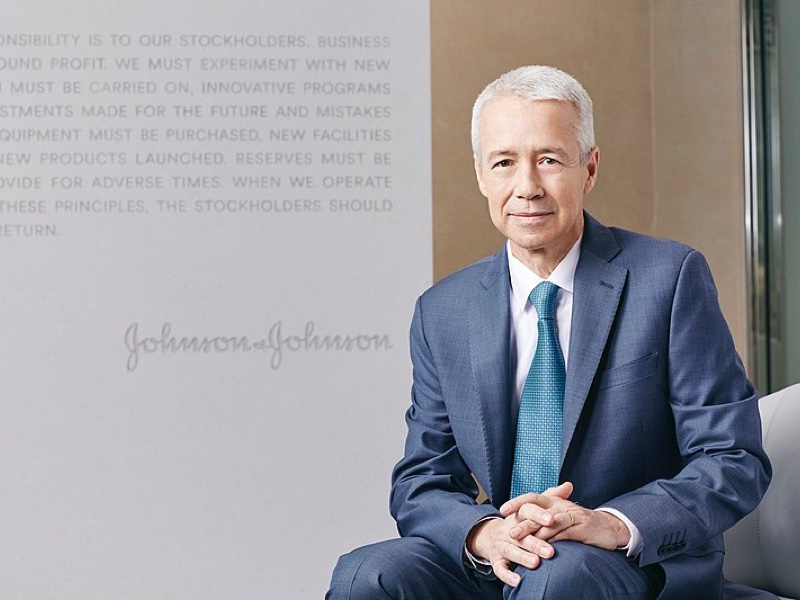 Johnson & Johnson’s board of directors has elected the company’s CEO Joaquin Duato as Chairman, effective January 2023.

Duato takes over the role from Alex Gorsky, who will step down as Executive Chairman, following a brief transitional period, after a 30-year career with the multinational.

Prior to that, he held senior leadership positions across a 30-plus year career with the company.

“On behalf of the board of directors, I would like to thank Alex for his unwavering commitment to Johnson & Johnson,” said Anne Mulcahy, Lead Independent Director.

“Over the last three decades, Alex’s influence has truly shaped the global healthcare landscape and improved billions of lives.

“Joaquin’s appointment to the additional role of Chairman reflects his tremendous 30-year track record at Johnson & Johnson, as well as the board’s thoughtful and engaged approach to succession planning.”

Commenting on his appointment, Duato said: “I will continue to work closely with the other Directors to build on Johnson & Johnson’s success.

“I also want to thank Alex for his countless contributions to our company.

“He has inspired an entire generation of leaders with his passion for improving human health, built the best team in the industry and laid a strong foundation for the future of both Johnson & Johnson and Kenvue, the planned new consumer health company.”

Next year will see the official launch of Kenvue, J&J’s standalone consumer health company, which was first announced in 2021 and whose name was unveiled in September.

“The opportunity to lead Johnson & Johnson through such a pivotal time in the Company’s history has been the great privilege of my life,” added Gorsky.

“I would like to express my deep appreciation to every employee, past and present, for their steadfast commitment to bringing our credo to life every day and to improving the wellbeing of those who rely on us.

"It has been an honour to work alongside each of you, and I could not think of a better leader than Joaquin to lead the board as it helps guide the company to even greater achievements.”